← more from
Greenleaf Music
Get fresh music recommendations delivered to your inbox every Friday.

A Prayer For Lester Bowie 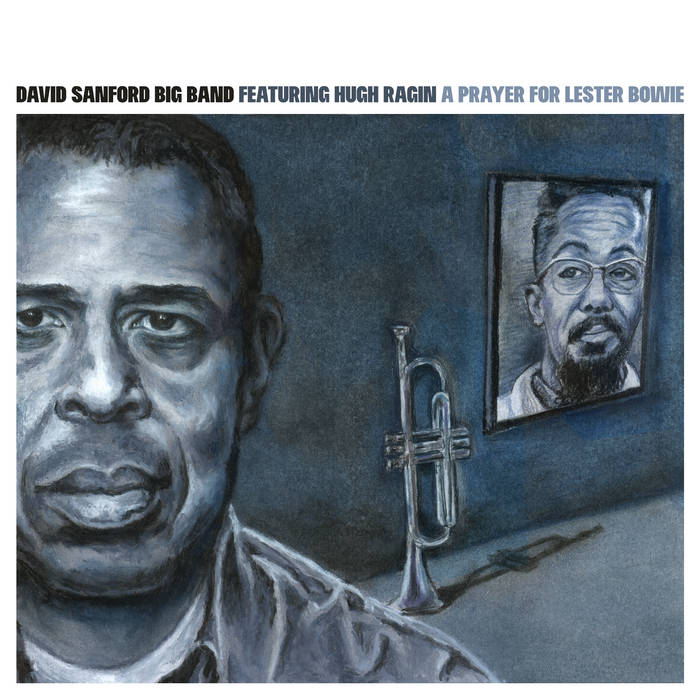 “Music from a [person’s] innards will systematize that gut-bucket spillage on its own terms.” - Greg Tate

Tate’s intention was to place the guitarist Pete Cosey in the creative lineage of Cecil Taylor and Miles Davis, and we can add Lester Bowie to that canon as well. The sense of adventure in Bowie the soloist, composer and bandleader was such that the listener assumes that at any moment, truly anything could happen. The same essence of limitless possibility infuses the work of Hugh Ragin, who, as a young musician, spent ten days studying with Bowie and the Art Ensemble of Chicago at the Creative Music Studio intensive in Woodstock, NY, and in recent years he has frequently performed with the Art Ensemble and other members of the AACM.

Exactly forty years ago, when some of the earliest ideas for this band were being formed, Ragin, performing with the University of Northern Colorado’s Lab I big band, played a brief but uncommonly dramatic solo at the start of Clare Fischer’s “In the Beginning” (which also featured a very young Mike Christianson introducing his
formidable Grey- and Nanton-inspired plunger technique to a wider audience). Ragin had been featured on Anthony Braxton’s Composition 98 and Roscoe Mitchell’s Snurdy McGurdy and her Dancin’ Shoes at that time, and became a primary influence on the direction and ideology of the band, which would begin performing some twenty-two
years later under its now former name, the Pittsburgh Collective. In 2010 Hugh began playing regularly with the group, which already included nineteen brilliant and imaginative musicians, and has effected a far greater and more direct impact on its evolution.

Ragin’s musical homage to Bowie, a conduction that he directs himself, is the centerpiece in this collection of eight works composed and arranged over the last eighteen years. While they differ in genre and approach, they interconnect and elide as “spillage”, or, per Gustav Mahler, as components of a world and embracing everything. Or, maybe by extension, as Lester Bowie himself said of the AACM, “…it’s life itself that this is about”.

Press:
“The album is a glorious hodgepodge of large-ensemble synchronicity and wah-wah-drenched blazes, with plenty of time devoted to featuring Hugh Ragin, a Chicago trumpeter like Bowie, whose rough and gleaming sound bespeaks a mix of pride and lament.”
– Giovanni Russonello, New York Times

“Jazz audiences don’t know Sanford quite as well — but that may change on the basis of his impressive new album … which tweaks the conventions of modern big band orchestration while setting a stage for soloists like trumpeter Hugh Ragin and tenor saxophonist Anna Webber.”
– Nate Chinen, WBGO

"This is his first album for trumpeter Dave Douglas’ Greenleaf Music, and like much of the work on that label, it emphasizes exciting, boundary-stretching compositions performed in a vibrant style."
- Phil Freeman, Stereogum, Best of September 2021

Bandcamp Daily  your guide to the world of Bandcamp